How to prepare a monologue for an acting audition

What is a monologue?

A monologue is a piece of written text that is meant to be performed by one person. It can be from a play or a movie, or something you’ve written yourself. A monologue is also referred to as a solo piece.

Whats a good monologue for an audition?

A good monologue for an acting audition should be about 1 minute long. It shouldn’t be too long because you won’t have time to memorize it if it’s too long and because you don’t want the casting director to lose interest in what you’re saying. It also shouldn’t be too short, because then they might think that you’re not capable of speaking for longer than that amount of time without getting uncomfortable or losing your concentration.

How to find a monologue for an audition

You can find a good monologue by looking at plays and movies that are similar to the character you’re auditioning for (if they’re asking for a specific character). You could also write your own monologue if they ask for something specific, but make sure it’s not too long!

How do you start a monologue?

You start off by telling them who you are and why you’re there (if they ask), then move on to talking about whatever they asked for (if they did).

How long should a monologue for an audition be?

A good monologue should last about one minute or a maximum of 90 seconds. Length goes hand in hand with entertainment, because you don’t want your audience to get bored. It’s much better to fill a 30-second monologue with great acting choices than a 3 to 5 minute mediocre performance that won’t impress anyone. Choose a monologue so that you will be noticed and that the monologue will bring out all of your strengths.

How do you start a monologue? 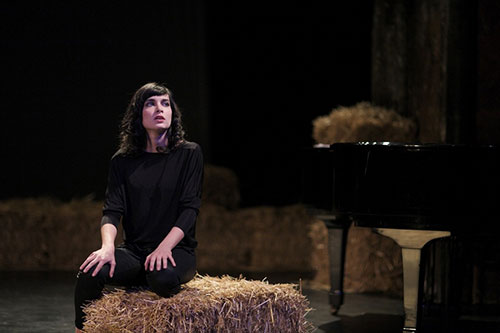 Before selecting a monologue, it’s crucial to think about the character you want to portray. What is their backstory? What are their goals and dreams? Do they have any emotional baggage that they’re working through? Knowing the character’s personality will help you to choose the right monologue. The first line of your monologue is crucial. It should be engaging and draw the casting director in so they want to hear the rest of the piece. It also needs to show off your acting abilities. You have to convince the casting director that you’re the perfect person for the part, starting with the first line of your monologue.

How can I improve my monologue?

Once you’ve found a monologue that suits your audition, you’ll need to edit and improve it. Some directors will allow you to read from the script, but others will ask you to perform a monologue from memory. You can start to make some minor edits to improve it further. For example, you can add a few pauses so the audience can take some time to process the information you’ve just given them. You can also change the speed of your delivery to add variety. This will create interest and help show off your acting ability.

Do you look at the camera when doing a monologue?

When monologuing, you’ll need to decide whether you look at the camera or the casting director. Some auditions will ask you to look in one direction, while others might leave a space for you to decide. Most monologues are character-driven, meaning you’ll be looking at the casting director the whole time. However, if you’re doing a performance piece or a poem, you may be asked to look at the camera instead.

How to memorize a monologue

If you’ve never memorized a monologue before, you may wonder how to do so. You’ll want to practice your monologue as often as possible before the audition to be confident enough to perform it efficiently. To memorize a monologue, you’ll need to start by reading it through once. Then, you’ll want to reread it but add a few pauses to commit it to memory. You can also try saying the monologue aloud to yourself, which can help to fix it in your mind. Once you’ve got the monologue down, it’s essential to practice it regularly so that it becomes second nature to you. You don’t want to be fumbling for words or making mistakes in the audition room.

How do you perform a monologue?

Performing a monologue is different from reading from the script. You’re expected to show off your range as an actor, so you should be creative when delivering the monologue. It would be best if you chose a monologue that shows off your personality and skills as an actor. You should also select a monologue that represents the type of character you want to portray. If you’re going to be performing a humorous monologue, then you need to be sure that you can deliver it in a way that doesn’t come across as forced or as an attempt to be funny. The same goes if you’re performing an emotional monologue; you need to be authentic.

A monologue is a spoken performance piece rather than a scripted scene. They can be autobiographical or fictional, but they should offer insight into the character. When preparing for an acting audition, you should select a monologue that shows off your range. You can edit and improve your monologue to make it better. You should practice your monologue as many times as possible before the audition and be sure to perform it naturally. Keep these tips in mind when looking for the right monologue, and you’re sure to impress the casting directors and book the part!